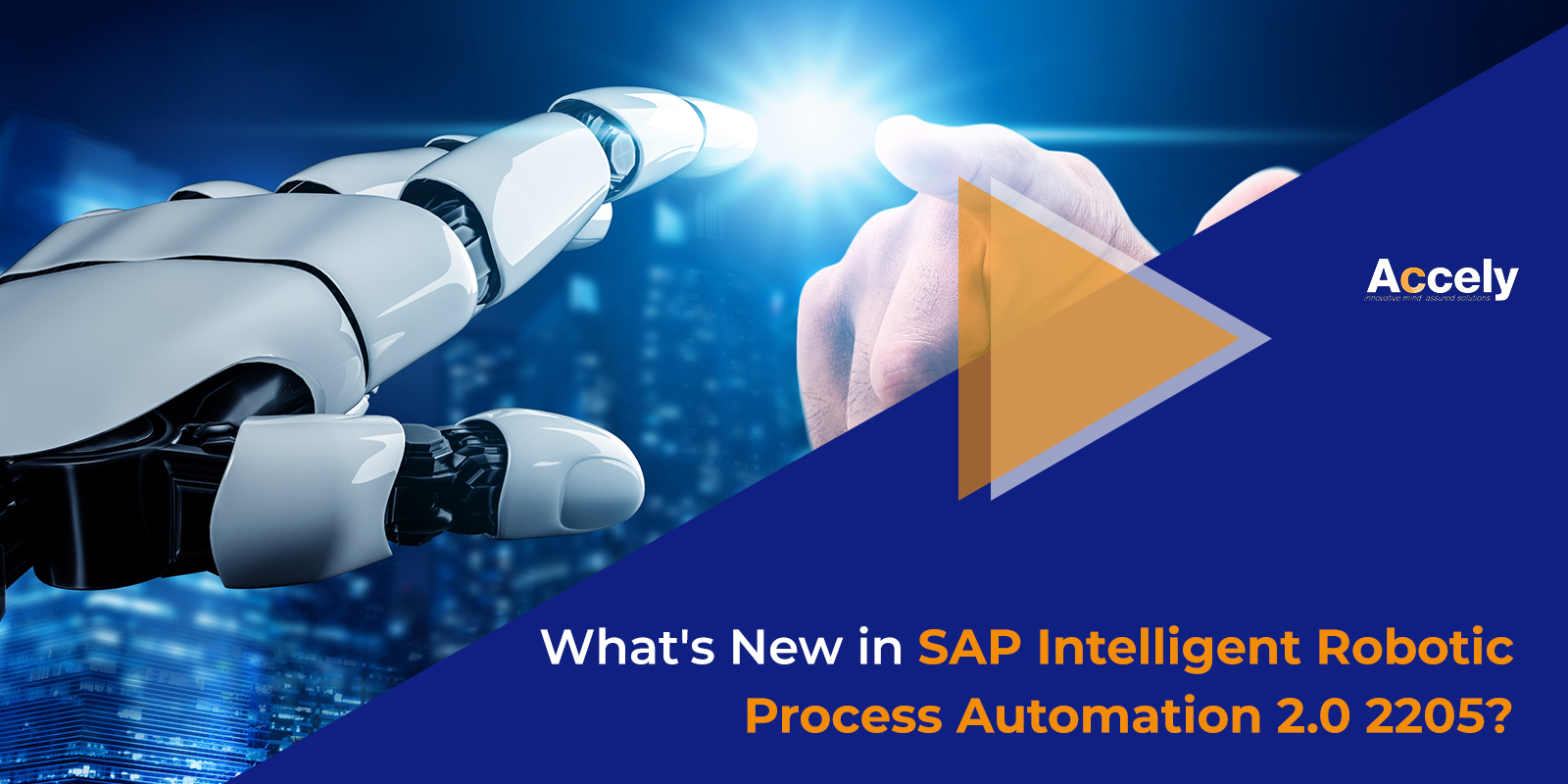 SAP Intelligent Robotic Process Automation 2.0 2205 release brings in a lot of new features to you. Some of the most exciting features include the Project Launcher, which triggers automation via events and seamless recording across various web technologies. It also promises an improvement in productivity in the Automation editor along with numerous cloud functionalities. These mainly include the updates for new SDK Packages, which come with new activities to automate on PDFs, Outlook and Excel.

Although not specifically made for automation testing, SAP intelligent robotic process automation is designed to automate business processes. You can still automate testing tasks if your case calls for it using the options offered by SAP Intelligent Robotic Process. The new update also offers new SDK Packages with File Transfer Protocol activities and activities to trigger DOM events. The automation in PDF activities is mainly used to split the files.

What is Robotic Process Automation?

Robotic Process Automation, or RPA, is software that makes it simple to create, use, and manage software robots that mimic how people interact with computers and software. Software robots can perform a wide range of predefined tasks, including making the appropriate keystrokes, understanding what is on a screen, navigating systems, and extracting and identifying data. Workflows are streamlined through robotic process automation, which helps businesses become more profitable, adaptable, and responsive.

How Can SAP Help Automate Your Business Processes?

It provides an ease to work with low-code/ no-code by unifying process automation with an enhanced digital experience. This accelerates the time required by conventional methods of operations. The new update offers a new citizen automation user experience that is a form of process builder or can also be called a forms builder. There are also a number of advanced workflow management capabilities that provide seamless automation of business processes. These processes facilitate process visibility to the user while also providing a flexible UI for such operations.

There are also automated robotic processes that can combine automation with workflows. There are various components involved in these operations. These include workflow components, bots, process steps, and analyzing automated actions. A unified launchpad and task center make the operations seamless for citizen developer applications. It is also beneficial for scheduling automation processes and their execution.

Intelligent RPA tenant also allows the creation of projects in Cloud Studio without needing any VI Packages. It is also very convenient as there is an allowance for similar size and expiration limits as other exports. One of the main advantages of this technology is that it allows the editing of the imported project. The imported project also does not include any dependencies.

The latest update to SAP Intelligent Robotic Process Automation, i.e., 2.0 2205, has been aimed at mainly optimizing the cloud components and improvements in SDK. The numerous new improvements help enhance the document extraction capabilities and also automate and improve the authoring experience for the users. You can stay updated about the latest developments in SAP Intelligent Robotic Process Automations by seeking help from SAP consulting services.